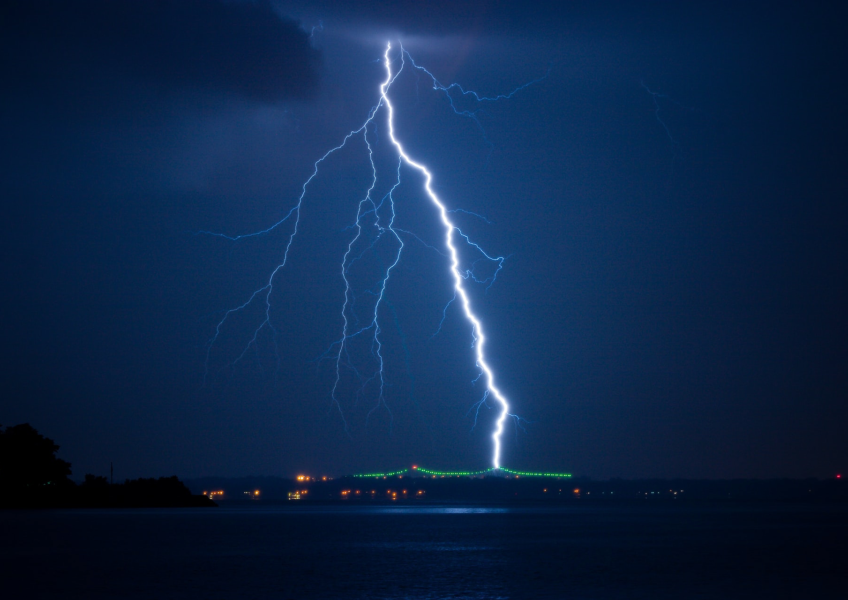 How Likely Are You to Get Struck By Lightning?

How Likely Are You to Get Struck By Lightning?

One of the most common fears is the fear of getting struck by lightning. It’s certainly possible for this to happen, but is it as common as cartoons and comics make it be? And, can ...

One of the most common fears is the fear of getting struck by lightning. It’s certainly possible for this to happen, but is it as common as cartoons and comics make it be? And, can you get struck by lightening when you’re inside your home?

If you’re curious about these questions, you’ve stumbled on the right blog post. Let’s dive in!

Is it Common to Get Struck By Lightning During a Thunderstorm?

According to National Geographic, if you hear thunder – this means you’re within 10 miles (16 kilometers) of a storm. When you’re inside this storm, there is a chance that you’ll be struck by lightning. But, fortunately, this occurrence is quite rare.

Can You Get Struck By Lightening Inside Your Home?

According to the CDC, about one-third of lightning-strike injuries occur indoors. This can be an uncomfortable thought for many, but there are a few tips that can minimize your risk:

Avoid water – Ideally, it’s best to avoid all water during a thunderstorm because lightning can travel through your plumbing system. Do not bathe, shower, wash dishes, wash your hands, and so on as long as there is a thunderstorm outside.

Avoid windows, doors, porches, and concrete – Avoiding windows, doors, and porches is pretty self-explanatory. You want to be away from the outside (where getting struck by lightning occurs more often). The same applies to concrete, but take special notice as lightning can travel through any metal or wire bars embedded in concrete walls or flooring.

Don’t touch electronic appliances/equipment – Don’t use anything connected to an electrical outlet during a thunderstorm. This includes computers, game systems, hair dryers, washers, dryers, electric stoves, and so forth. This precaution is taken because lightning can travel through anything that’s connected to metal bars and wires. You’ll also want to equip your house with a surge protector system to keep you and your appliances safe.

Don’t use corded phones – Corded phones aren’t that common anymore, but we still need to emphasize this point. These phones are physically connected to the wires outside your home and can be used to transfer lightning. Note that wireless and cellular phones are safe to use during a thunderstorm (if you’re inside).