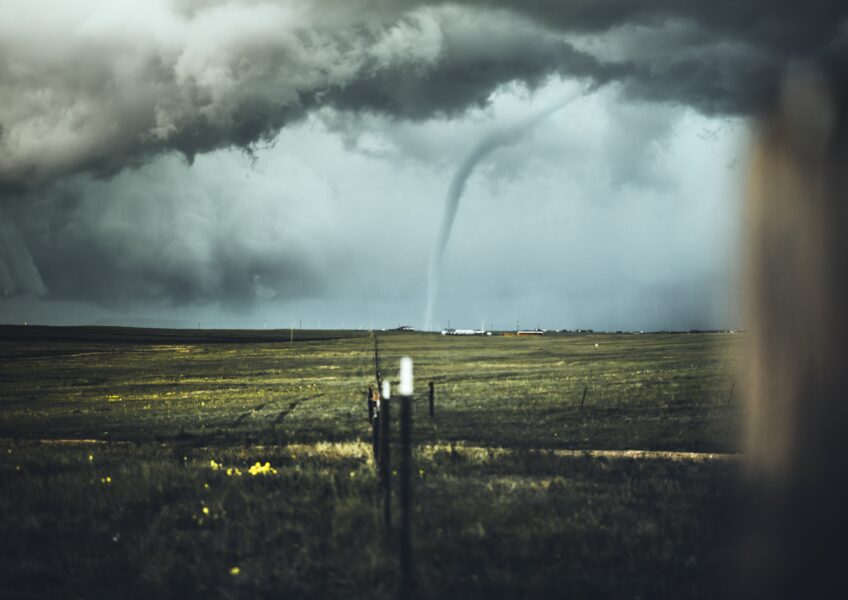 Recently, Southern Wisconsin has been a victim of severe tornadoes. 10 devastating tornadoes struck Wisconsin with all their might and vigor. The national weather service reports t ...

Recently, Southern Wisconsin has been a victim of severe tornadoes. 10 devastating tornadoes struck Wisconsin with all their might and vigor. The national weather service reports that these tornadoes had devastating impacts on residents and their homes. Moreover, according to a National Outage Tracker, about 27 thousand households in Wisconsin are without power as well.

Up until now, weather analysts and organizations have confirmed the formation of about 10 tornadoes in total. Weather services however believe that the number may increase, as the confirmation of more tornadoes is also possible.

All of the 10 tornadoes emerged in the Waukesha, Jefferson, and Dane counties. Weather analysts and experts believe that you could categorize these tornadoes as EF0 and EF1. This refers to the Enhanced Fujita scale or the EF scale.

Experts use this scale to measure the intensity of a tornado. Since Tornadoes are formations of strong gushing winds, the EF scale is set to the speed of the winds that entail a tornado. Tornadoes that carry winds of speed that range between 65 and 85 mph categorize as EF0.

If the winds start ranging between the 86 and 110 mph intensity, then you get to experience tornadoes that categorize in the EF1 range. The strongest winds recorded in the recent Wisconsin tornadoes went as high as 105 mph. Even though the tornadoes of this intensity usually cause light to moderate damage, the frequency at which the tornadoes hit Wisconsin resulted in at least one fatality according to reports.

How it All Started

The weather started to take severe turns in Northwestern Wisconsin on a Wednesday evening. The weather began to worsen and struck certain areas of the Waukesha and Jefferson counties at the start of early Thursday.

The first real formation of the tornado occurred just outside Watertown and the winds began hitting the 85 mph intensity. The second touchdown of the tornado happened on the outskirts of Concord town in Jefferson County. This Tornado blasted road infrastructure since it encompassed wind speeds close to 100 mph.

The residents of Concord were on edge throughout the night as the tornado destroyed much of their barns while blowing off trees and roofs. Fortunately, there were no reports of injury in Jefferson County even though authorities evacuated two families that were residing in the danger zones.

Following these Tornadoes, the Third tornado occurred south of Sunset Park in Waukesha, while the fourth was confirmed to occur in south Dousman and had a peak speed of about 100mph. Hence, 10 tornadoes struck Wisconsin, comprising of similar intensity and damages.

Currently, Wisconsin is undergoing a state of emergency. Residents have to deal with power outages, and the government has to find ways to overcome damages to infrastructure and property. Not to mention, plenty of trees are blocking roads and campers have no option but to immediately evacuate in the threat of another potential storm outbreak.

The state of Wisconsin is not a stranger to storms or hostile weather conditions. Nonetheless, tornadoes are a big scare to the neighborhoods in Wisconsin Counties. The people of the state hope that the severe tornadoes that happened over the week are not signs of more come in the future.