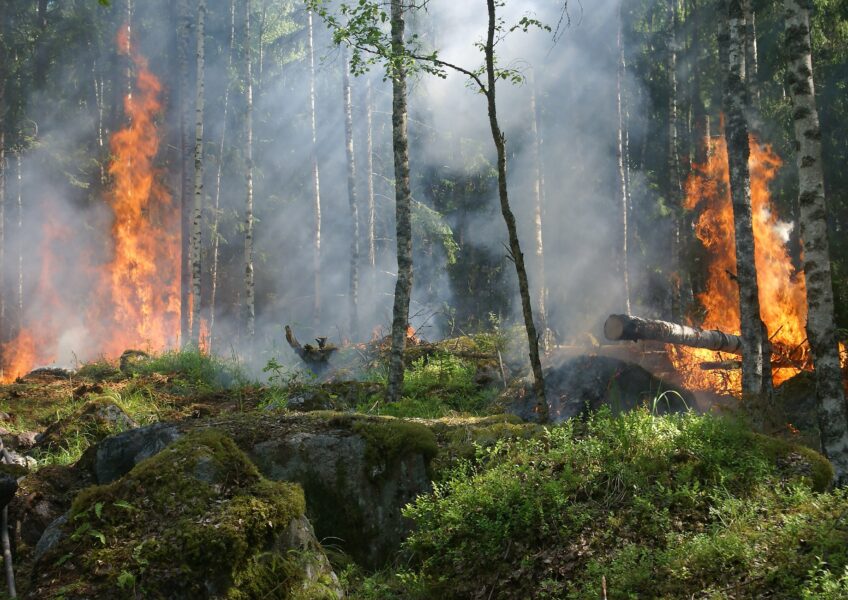 Fanned by strong winds, three new enormous wildfires caused devastation in Greece with no signs of stopping. The catastrophic wildfires erupted on Monday and triggered evacuation a ...

Fanned by strong winds, three new enormous wildfires caused devastation in Greece with no signs of stopping. The catastrophic wildfires erupted on Monday and triggered evacuation alerts across northwest and southeast of Athens and Evia.

The destructive fire consumed Attica, the forest near Sounio, northwest of Athens at Vilia, and the country’s second-largest island, Evia. Present-day, firefighters are up against a 20km wide fire. People are fleeing from their village, and the heatwave is likely to affect Athens’s air quality and environment.

Hundreds of wildfires have broken across Greece throughout the month, leaving its forests and air quality dry. Unfortunately, other Mediterranean countries like Turkey, Italy, Spain, and Algeria have suffered similar catastrophic problems. The worst of the two blazes erupted in the northwest of Athens, which forced evacuations in up to eight villages.

Greece’s minister, Michalis Chrysochoidis, said the flames were blazing through a forested area. Luckily, no injuries and deaths have been reported. However, a couple of buildings have suffered from damage. Here, we’ve discussed the wildfires and their disastrous effects on the capital city:

According to the Greek media, multiple previously extinguished fires reignited across Evia and Athens and are speeding towards Istria, a town with a population of about 7,000 people.

The first wildfire tore through the Keratea region southeast of Greece’s capital, Athens, on Monday. The catastrophic blaze burned dense shrubland and a national park in the Sounion area. As a result of this disastrous fire, three communities had to evacuate.

Residents desperately tried to contain the fire by drenching their homes while volunteers used branches and hoses. With more than 100 firefighters, 11 helicopters, and eight water-dropping planes, most of the city tried to combat the wildfire.

Local mayor, Dimitris Loukas, told the authorities that they were investigating numerous reports of arson. According to multiple residents, someone was spotted setting a dumpster on fire.

At the other end of the capital, near the Vilia area, another wildfire tore through the village on Monday. It also resulted in an evacuation of up to 8 different towns. The strong winds hampered efforts to contain the blaze. In addition, the flames threatened to destroy nearby forested mountain areas.

Up to 240 firefighters, which included an estimated 143 volunteers from Poland, fought the blaze. There were also nine helicopters and eight water-dropping planes.

The fire services revealed that up to 45 different wildfires erupted across Greece between Sunday and Monday.

In addition, various Mediterranean countries have experienced catastrophic heatwaves and intense wildfires. It includes Algeria, where wildfires killed up to 75 people; Turkey, where at least 16 people died; and Italy, where several people died.

Worsening climate changes, drought, and heat have led to wildfires this summer across Russia’s northern Siberia region and the western U.S. In various other areas of Greece, fires in the Peloponnese region and northern Athens are comparatively stable.

According to Nicholas G. Hardalias, “The situation in Attica is better, but we are afraid of the danger of flare-ups.” 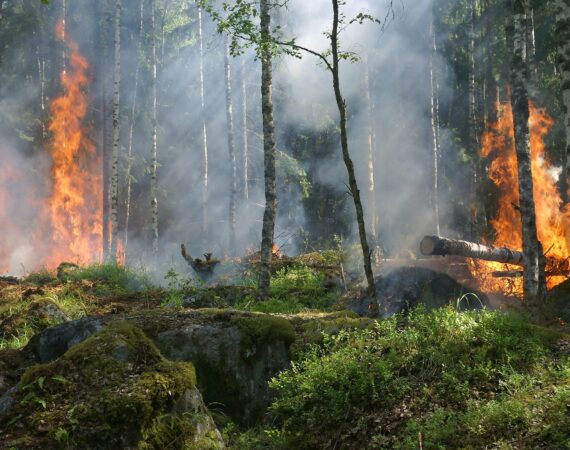