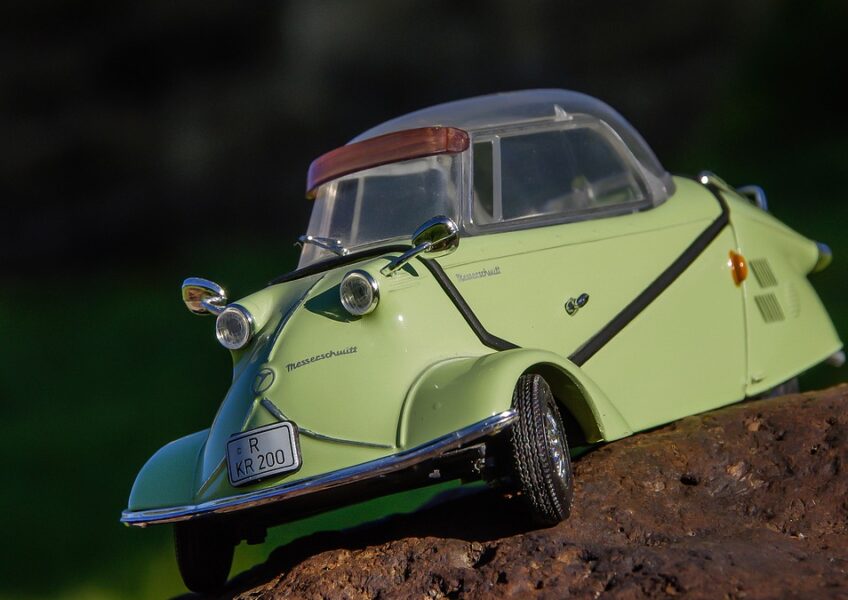 Are 3-wheeled cars making a comeback?

Are 3-wheeled cars making a comeback?

According to experts and sports fanatics, electric vel-mobiles are making a comeback. The real reason behind this sudden comeback is the fact that the 3-wheels did now gain any tra ...

According to experts and sports fanatics, electric vel-mobiles are making a comeback. The real reason behind this sudden comeback is the fact that the 3-wheels did now gain any traction when it was initially introduced.

The majority of people agreed that the car was shunned because most were not ready to accept the Sinclair C5 when convenient for the masses. However, times are changing, and the three-wheeler is weaseling its way back in today’s tech-driven world.

The electric mobile was thought to be way ahead of its time when it was invented 30 years ago. Present-day various brands are trying to create brand new and revolutionary electric mobiles to make this vehicle a viable option for the day-to-day commute. Here we take a deep dive into the world of 3-wheelers, its history, and specifications:

The Brief History of 3-Wheels

As far as vehicles go, the three-wheeler electric mobile has a poor history. The car has been invented multiple times, tried, and dumped various times.

However, transportation is experiencing a groundbreaking makeover and, consequently, a new era of electric vehicles is taking over the market. These vehicles are recumbent tricycles built with an aerodynamic and ergonomic design. The roof and the sides of these mobiles can be folded or opened according to need.

The best part about three-wheelers is that, unlike a motorbike, these will support themselves. The first self-propelled land-based vehicle was manufactured by a French inventor, Nicolas Joseph Cugnot. However, the poor weight distribution of the car left it unstable and untrustworthy. It led to Cugnot crashing into a stone wall within seconds of driving. Not to mention, Cugnot was repeatedly arrested and convicted of dangerous driving.

After that came the Cabriovelo. A German inventor, alongside his colleague, manufactured the original Cabriovelo. Together Christian Wagner and Juergen Mayerle designed and styled produced the prototype.

After that, a skilled Italian mechanical engineer David De Regibus took their project a step further and introduced the electric mobile in Italy.

The team of inventors at Velobenaco has launched a crowdfunding campaign to finance the production and materials necessary for manufacturing the state-of-the-art electric vel-mobile. The retail cost of these vehicles is around $4300, and the profit is meant to meet the firm’s financial goals.

The team focused on shipping the vehicles by May 2017. Furthermore, an exclusive electric vel-mobile version, Weather Velo, was manufactured for UK consumers. This three-wheeler was constructed for weather-proofing and imitated the comfort and mobility of self-balancing scooters. Its design and concept make it an incredible alternative to electric cargo bikes as it has sufficient space for most types of load.

While the Sinclair C5 was a total failure with an unsuccessful history, the modern electric vel-mobile is expected to take the market by the storm. The attention-grabbing design, personal mobility, and contemporary style of these Cabriovelo make them one of the hottest vehicles in the industry.