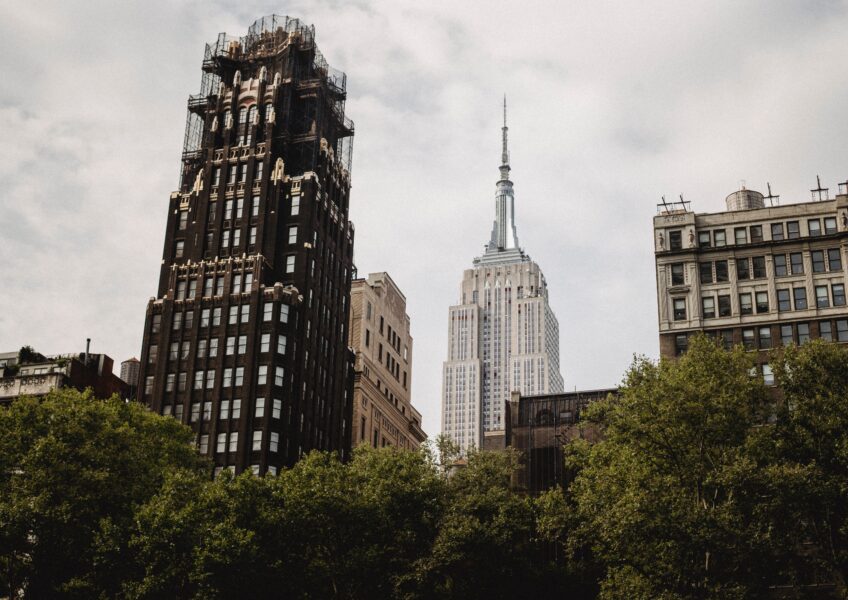 Did you know that the historic Empire State Building took merely a year and 45 days to build? It equals more than seven million man powers! Today this enormous building stands 103 stories tall, excluding the antennae which is another 204 feet!

Present between 33rd and 34th street in Manhattan, this stunning building is present on Fifth Avenue. But do you know how the construction engineers built this magnificent building? Luckily, that’s what we’re going to discuss here. Let’s take a deep dive into the history and construction of the Empire State Building:

The History of the Empire State Building

The launch of the Eiffel Tower in 1889 gave birth to a race for scaling the tallest, most beautiful building in the world. Next came the Metropolitan Life Tower that boasts a fantastic 700 feet (50 stories). However, it was no match for the Woolworth Building, standing tall at 729 feet. That tower was surpassed later in 1929 by the fantastic Bank of Manhattan Building.

After all this, John Jakob Raskob, who was the previous vice president of General Motors) also joined the race to the sky. Whether it was to out-scale Walter Chrysler, who was also constructing a spectacular building at that time, is unknown. However, Raskob decided that he was going to build a monumental building taller than any other.

For this reason, in 1929, Raskob and his partners bought the 34th street parcel of property at a staggering $16 million. As soon as the purchasing process came to an end, Raskob hired adept architects William F. Lamb from Shreve, Lamb, and Harmon. These skilled workers took merely two weeks to complete the original drawings. Unsure of whether he would out-scale the other or not, the tycoon decided to add a ‘hat’ to the Empire state building, stretching the original building to a fantastic 1,250 feet as a result of its innovative spire.

The Design and Construction

After hiring architects and sharing ideas with William F. Lamb, the planning and initial construction for the incredible building kick-started.

Lamb boasted a simplistic and straightforward strategy for the construction: there should be a certain amount of space in the centre, and it should be super compact. Plus, the building should have a vertical circulation, mail chutes, corridors, toilets, and shafts. Lastly, as the overall building’s size went up, the floor sizes and the number of elevators decreased.

After the drawings were complete, Raskob needed to hire top-notch quality constructors. That’s where the Starrett Bros. & Eken came into the picture. Not only did they ensure that they would build the Empire State Building in eighteen months, but they gave an excellent statement that won them the job. With innovative and unique construction materials and equipment on their hands and a tight schedule, Starrett Bros. & Eken planned the construction of this whooping building almost instantly.

Months and months of hard work formed the basic steel skeleton of the building, including the elevators. And then finally, the building was standing tall and magnificent in the middle of Manhattan! Today people from all over the world flock over to Manhattan to see this picturesque building.