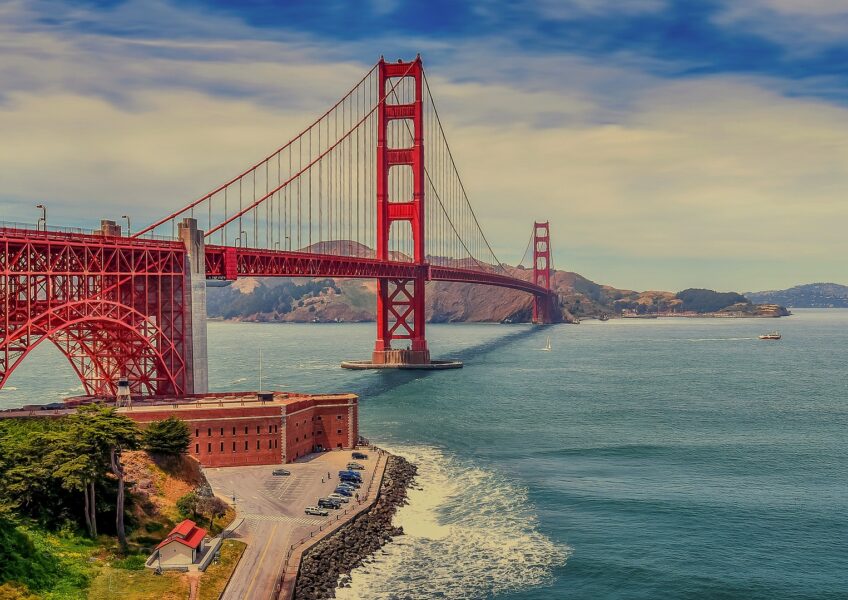 Landscapes are beautiful reminders of the past and provide an incredible insight into the lifestyle of previous generations. Bridges offer perfect insight into the past lifestyle and tech advancement over the years. Crafted to link communities, make travel all the more convenient, and cross impediments, bridges tell us a lot about the origins of civilization.

For instance, before the American Revolution, people manufactured bridges out of wood. Unfortunately, they were destroyed during the Revolutionary War, after which stones and clay construction gained popularity due to durability and longevity.

As a result, most of the fascinating bridges from the 18th century, i.e., post-Revolutionary War, still stand tall and proud with minimum maintenance. They are still essential commuting points in the U.S. road infrastructure. Let’s discuss the top 5 most incredible and oldest bridges of the United States:

Frankford Avenue Bridge, otherwise known as Pennypack Bridge, Pennypack Creek Bridge, King’s Highway Bridge, and Holmesburg Bridge, is the oldest bridge in America. Still open to traffic, this bridge started out being only 18 feet wide and is now a fantastic 37.1 feet across. The bridge was erected back in 1697 and carried the people of Pennypack Creek. Plus, the bridge has gone through several repairs, with the most noticeable renovations occurring in 1893 and 2018.

One of the most ancient bridges in the country, the Old Stone Bridge, was built around 1730. Although the bridge is no longer used, the bridge remains intact and buried underground. The Old Stone Arch Bridge linked to the Raritan Road was an essential colonial roadway. Moreover,  it was also the scene of the Battle of Bound Brook in April 1777.

Another super ancient bridge, named after Major Samuel Sewall Jr., is Swell’s Bridge, designed and constructed in 1761. It is a 173-years old bridge renovated in 1934 as it was declared unsafe. Rebuilt with wooden planks, the original appearance is still intact.

The Ipswich River in Massachusetts used to have wooden bridges that continuously failed to carry people and vehicles. Thus, Colonel John Choate (its namesake) realized that it was time to upgrade to a permanent structure. This led to the construction of the first and brilliant two-span masonry arch bridge. Although built in mid 18th century, this bridge is still in use.

This eight-arch stone was built back in 1729 and is the oldest bridge in the U.S., boasting its original dimensions. Overtime, Skippack Bridge underwent various renovations, with three dates being the most noticeable; 1792, 1874, and 1992-1993. The area around this bridge had become home to the Funkites, who supported the Revolutionary War.

All in all, unfolding the stories of planning and designing the bridges mentioned above is a magical journey. America boasts a copious number of beautiful and old bridges. In fact, there are more than 600,000 bridges across the U.S., and most of them boast architectural and engineering brilliance. While a number of these have crumbled with time, they still have an interesting back-story, a part of America’s eye-opening history. On the flip side, some of the newest, glorious bridges boast state-of-the-art technology and engineering.

Contact Nowfor a free consultation.
bridgeTop 5 oldest bridges in the US

On September 22, 1993, an Amtrak train was traveling across the Big Bayou Canot Bridge in Mobile, Alabama. The ...