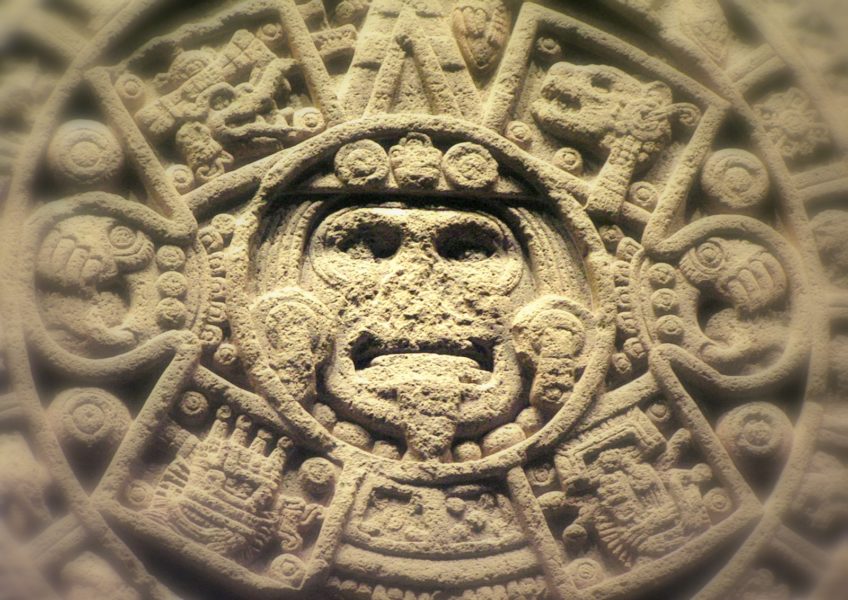 Originally a nomadic tribe until they settled in Mexico, the Aztecs built their empire in the city of Tenochtitlan in the 14th century. They were excellent farmers and builders and ...

Originally a nomadic tribe until they settled in Mexico, the Aztecs built their empire in the city of Tenochtitlan in the 14th century. They were excellent farmers and builders and prided themselves on their work, avoiding the use of animals and doing it themselves. Although they had wheeled toys and decorations, the wheel had not been put into practical use.

Even without the use of the wheel, the Aztecs were astonishingly great builders. Each man would carry large baskets of building materials on their back with a strap across their forehead for stability. It’s also believed that the Aztecs used sleds, levers, and ropes to pull heavier loads and primitive tools like chisels, stones, and blades were used also for construction. A volcanic stone called tezontle was used to form the foundations of their construction since it was easy to cut. They also used limestone and rubble for building and trading.

The Aztecs architecture was powerful, elegant, and bold with a mix of symbols and color. Each building and temple was built hand-by-hand and stone-by-stone. The masterpieces were the pyramid temples that had double staircases facing the sun on the west. Unlike the Egyptian pyramids, the Aztec pyramids were flat on top for sacrifices to be made to the god that the given temple was built for.

The Aztec homes were built with adobe and settled around courtyards and religious shrines. Bathhouses were adjacent to the homes and were heated by fireplaces for steam baths, mostly used for purification rituals.

All of the Aztec architecture was based on cosmology, astrology, and religion. Each aspect is reflected in the way they constructed and designed each of their buildings, and not only in the temples.