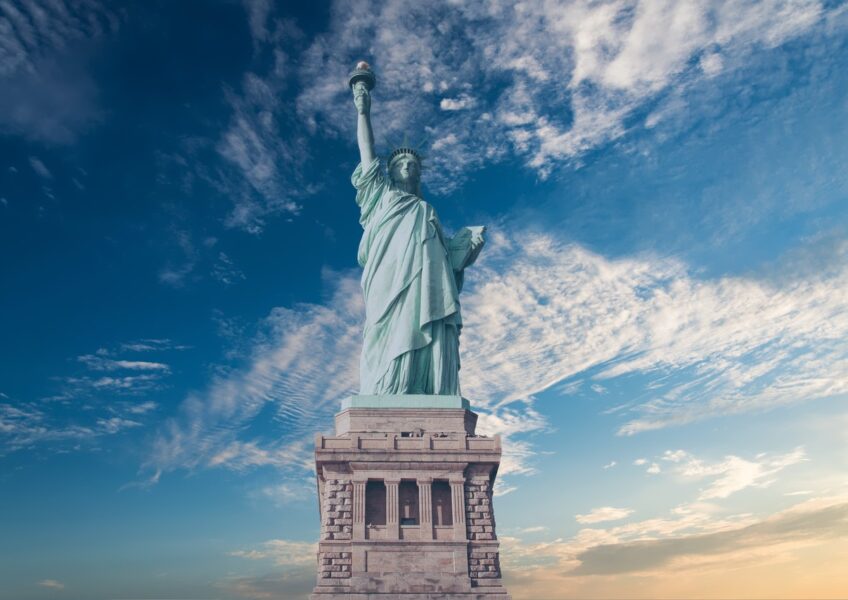 Standing at 305 ft. tall, the Statue of Liberty is a symbol for the United States of America. Lady Liberty was a gift from the French to show our relationship with them and our ind ...

Standing at 305 ft. tall, the Statue of Liberty is a symbol for the United States of America. Lady Liberty was a gift from the French to show our relationship with them and our independence as a country. Built in France and shipped to the United States, the construction of the Statue took over 10 years to finish.

In 1865 Edouard de Laboulaye who was a French activist proposed that the France should build a statue for the United States to represent liberty. Sculptor and supporter of Laboulaye’s idea, Auguste Bartholdi started to design the plans for a statue. He came to the decision to place it on Bedloe’s island in the harbor of NYC because as ships pull into the harbor, it will be the first thing they see which he viewed as the “Gateway to America.”

The construction for the Statue began in 1876 in France where Bartholdi was in charge of implementing his plans. The arm that holds the torch was finished by 1876 and was brought to the United States to be shown at an event in Philadelphia. The final product was finished in Paris in 1881 but had to be assembled to make sure it had no structural flaws. The assembly in France was done in 1884 and construction for the pedestal started in the United States.

On July 4th, 1884 the statue was disassembled and put on a French Navy ship to be sent to the United States. Less than a year later on June 17th, 1885 the Statue of Liberty made it to New York harbor. When the Statue arrived, the pedestal was not completed yet. Finally on October 28th, 1886 the Statue of “Liberty Enlightening the World” was done being assembled and was now the symbol of liberty for America.