Beginning on October 23, 2019, Sonoma County, California was affected by the Kincade Fire. The fire ignited at 9:24 pm in the northeast region of Geyserville. It quickly spread and ...

Beginning on October 23, 2019, Sonoma County, California was affected by the Kincade Fire. The fire ignited at 9:24 pm in the northeast region of Geyserville. It quickly spread and would ultimately cover more than 77,758 acres – a massive fire that terrorized the region.

The Threat of the Kincade Fire

Sadly, the Kincade Fire scorched not only forest and grassland, but also homes and businesses. As it spread across Sonoma County, the fire threatened to destroy approximately 90,000 structures which propelled widespread evacuations. Even the communities of Healdsburg, Geyserville, and Windsor stood in the fire’s path. Virtually all of Sonoma County and parts of Lake County underwent evacuation orders.

The Kincade fire burned quickly and engulfed approximately 100 square miles. Overall, it caused damage to 120 buildings within the area. The local electrical company was forced to cut off the power of millions of customers and many cellphone towers were down making it impossible for residents of the area to contact loved ones or call for help. Thankfully no persons died in the fire, however, the property damage and displacement costs were astronomical. Many have ended up facing homelessness and loss of business.

The Kincade fire became known as the largest and most destructive of the 2019 California wildfire season. A well known establishment – the Soda Rock Winery – was partially destroyed in Healdsburg. Another well known winery – the Field Stone Vineyard – also suffered extensive damage.

Wildfire Dangers in the U.S.

Each year, wildfires cause widespread devastation. The National Fire Protection Association reports that in 2018, the U.S. experienced 58,000 fires which resulted in the destruction of nine million acres. Unfortunately, the fires also destroyed 18,137 residences. In addition, commercial structures and outbuildings were not spared with 229 reported as being leveled.

Sadly, the impact of wildfires on the local economy is often devastating. In 2018, the state of California faced paying a billion dollars to its local fire departments. The U.S. Forest Service spent 2.9 billion for firefighting services nationwide as they deployed 280,000 firefighters and 1,900 fire engines. Similarly, the Air National Guard also dropped 530,000 gallons of fire retardant to battle the fires’ destruction and halt its spread. 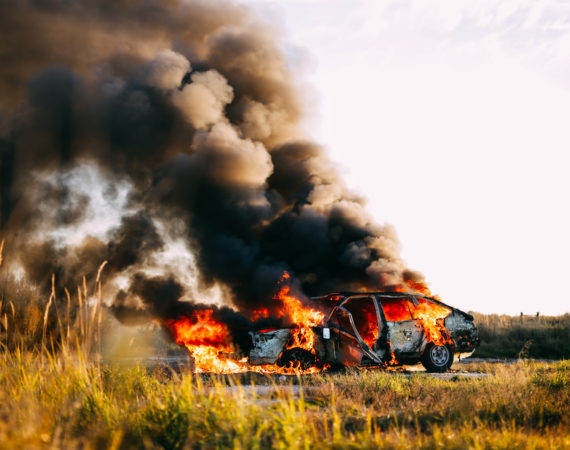