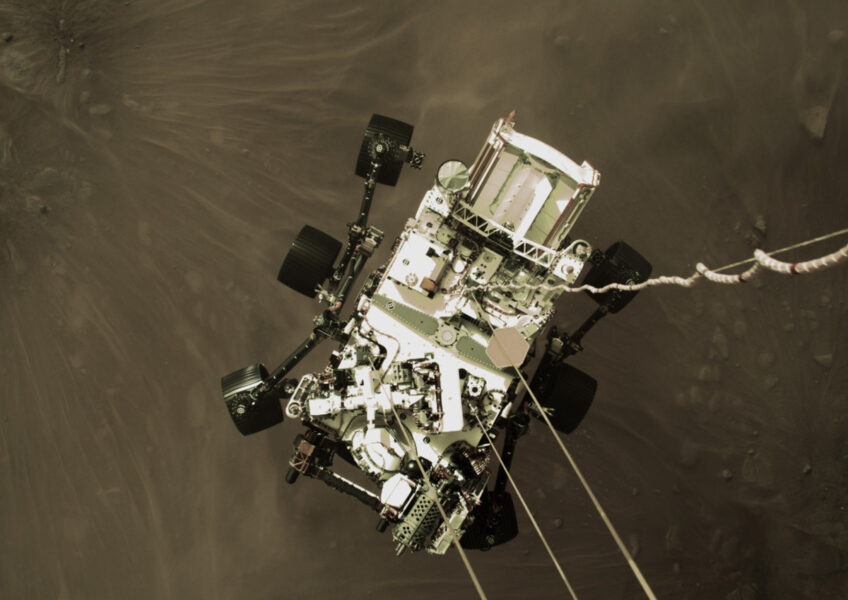 On February 18th, NASA's Perseverance Rover landed on the red planet: Mars. But why is it such a hyped event? Over the years, scientists have made many failed attempts; therefore, ...

On February 18th, NASA’s Perseverance Rover landed on the red planet: Mars. But why is it such a hyped event? Over the years, scientists have made many failed attempts; therefore, Space engineers call it the ‘seven minutes of terror.’

The Perseverance Rover landing began a new era of exploration and discovery of microbial life in the ancient Martian environment. The revolutionary and futuristic Perseverance rover is one of NASA’s most successful and useful innovations.

Perseverance is NASA’s most revolutionized and advanced innovation. Traveling more than 293 million miles (472 million km), which is more than 203 days!, the fantastic rover reached March safely and successfully. Acting as a protective layer, the heat shield and conical back shell of the Perseverance connects to a cruise stage that fires thrusters ensuring that the spacecraft doesn’t deter its course.

The rover touched down on the Jezero Crater on Mars’s north equator at 3:55 pm, US Eastern Time, after a seven-month-long expedition from Earth.Its landing is much edgier due to the geologically challenging terrains ofthe Jezero that contains cliffs, dunes, and boulders.

The mission’s main objective is to study the existence of life on this foreign planet. Scientists believe the delta formation is due to ancient flooding that took place 3.5 billion years ago.

The Mission: Paving a Path for Learning New Things

With a design similar to the Curiosity rover, the Perseverance rover is NASA’s best innovation that lets human expeditions on Mars. The mission of this rover focuses on studies relevant to the Martian environment.

Scientists are seeking signs of biosignatures in rock samples to prove whether the conditions on Mars were favorable to microscopic beings or not. As a result, astronauts are collecting rocks and soil from Mars for the first time. Astronauts will encase these evidence pieces in the 43 tubes and return them to Earth in the near future. The team plans to fill more than 15 of them by the end of the year.

The first couple of pictures of Mars show scientists carbonate minerals are present around the crater’s shoreline. These carbonated minerals can trap evidence of life in them, thus potentially containing evidence of a previous habitual environment.

Lastly, the Perseverance rover boasts a microphone through which people on Earth can hear the atmospheric sounds on Mars, especially the wind!

Scientists are utilizing the Perseverance rover to monitor environmental conditions so that mission planners can identify better ways of protecting future astronauts and send humans to the Martian space in the 2030s. Similar to how experts explored the Earth’s moon, robotic missions to Mars will help us learn more about the environment to facilitate future landings.

Cost of the Mission

Launched in July 2020, the building and launching of the Perseverance rover cost about $2.4 billion. Moreover, it will likely cost another $300 million to land and operate during its first year exploring Mars.

The Perseverance rover is the third mission to reach the Martian space after UAE and China’s current orbit.

Lori Glaze, the director of NASA’s Planetary Science Division, explained that the Perseverance rover is a highly accurate robotic geologist. Nonetheless, verifying the existence of microscopic life carries a significant burden of proof.

The revolutionary tech allows scientists to learn more about the kind of life that previously existed on Mars. It also opens the doors to newer opportunities likely to reveal us to eye-opening truths about Mars.

The idea of using cameras to orbit and observe weather began as early as 1946. At the time, there was little o ...