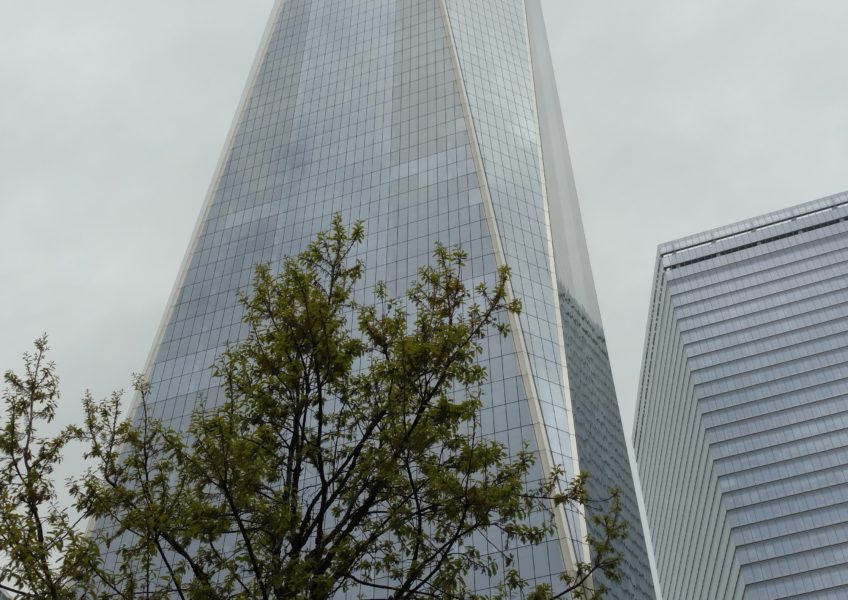 The iconic 1,776 ft One World Trade Center fills the void of the original twin towers representing hope and a stronger future. The towering monolith is located just feet away from ...

The site of the One World Trade Center is in the heart of the financial district sitting just northwest of the World Trade Center site. Ultimately, the tower will contain commercial development in five towers of more than ten million square feet, including a transportation hub, performing arts center, half a million square feet of retail space, and the National September 11th Memorial & Museum at the center.

The tower centers on a square podium plan measuring 204 x 204 feet, which are the same measurements of the original towers. Standing 186 feet tall, the podium is made of 4,000 low-iron glass planes, triple-laminated, heavily reinforced concrete walls, and embossed in stainless steel slats. Each glass plane measures 13 x 2 feet and is fixed at various angles along the vertical axis over the height of the podium forming a normal pattern to accommodate ventilation. A reactive coating refracts, transmitting light that creates a dynamic and shimmering surface.

Over the height of the podium, the tower transforms into eight isosceles triangles with an equilateral octagon in its middle culminating into a stainless steel parapet that is 150 x 150 square feet rotating 45 degrees from the base. As light and weather conditions change throughout the day, along with a viewer’s perspective, the surface of the tower captures a beautiful display of refracted light. Each of the eight corners is made of embossed stainless steel and represent the corners of the original twin towers. The tapered and aerodynamic form also reduces wind load exposure and the amount of structural steel needed to build the tower. 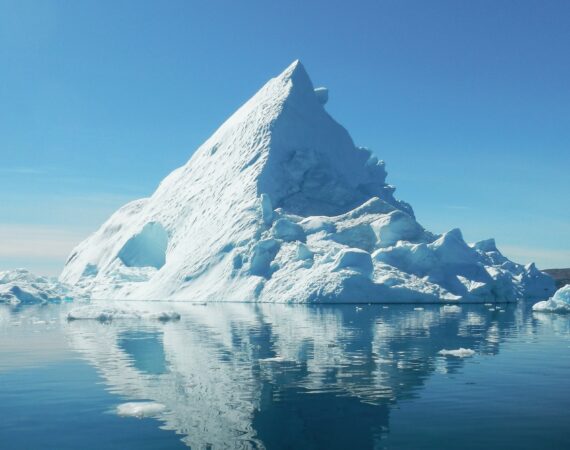